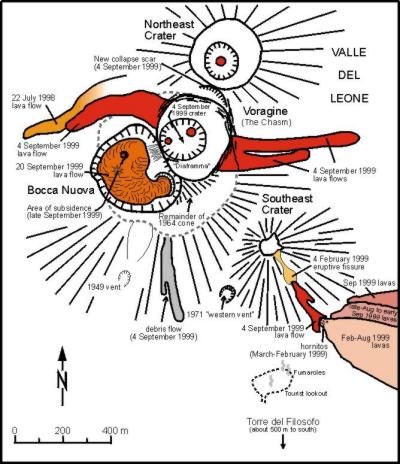 Sketch map of the summit craters of Etna, based on fieldwork made between 7 September and 1 October by Behncke and others. 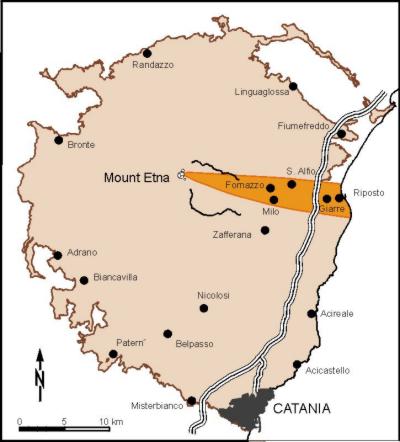 Sketch map showing the distribution of pyroclastics of the 4 September 1999 eruption of the Voragine, based on field work during the week following the eruption. Click on the map for an enlarged version.

Photos showing the effects of the 4 September 1999 eruption in the summit area of Etna and on the eastern flank of the volcano will soon be available on this page.

Page set up on 7 October 1999
Hosted by VolcanoDiscovery